Tree occupied at the edge of the clearance 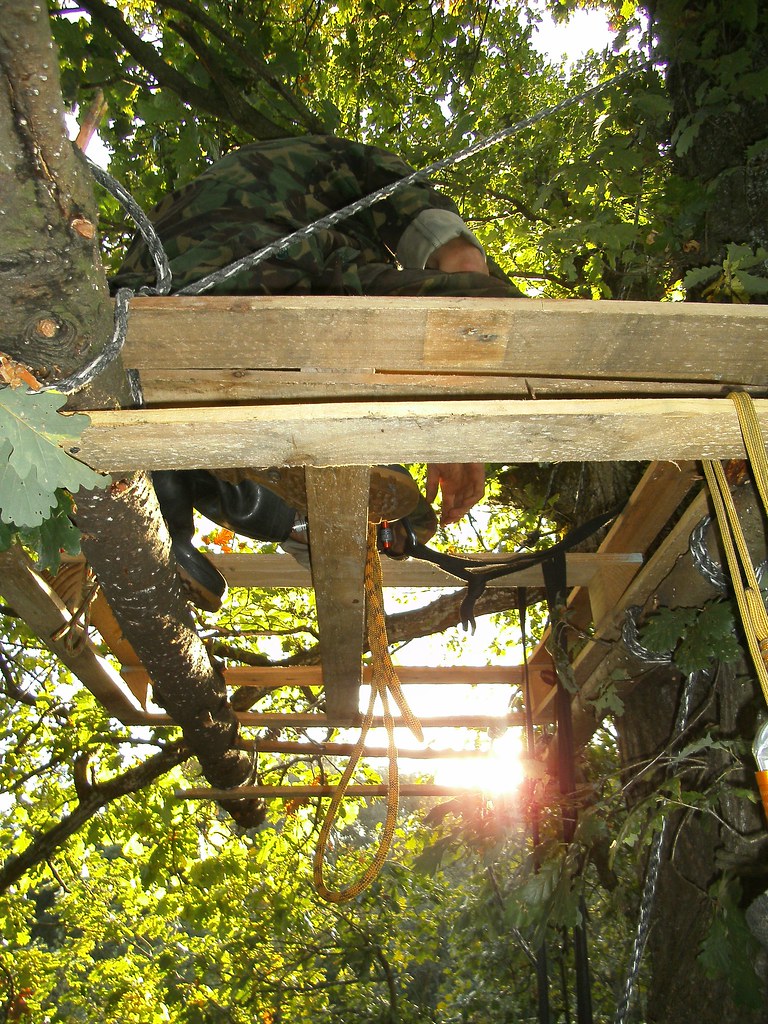 During the night to September 30, activists occupied a tree near the edge of the open cast mine Hambach. The tree is one of many that is supposed to give way for the brown coal mine Hambach during the cutting season that starts on October 1.
“This destruction is only one example emphasizing the value of environment and humans in this economic system!”, one of the tree occupiers says.
“The open cast mine, one of the biggest producers of CO2 in Europe, is not only responsible for the expulsion of humans and the deforestation of one of the last primeval forests in Middle and Western Europe. It is also having an impact on the world climate. Thus, it is jointly responsible for heatwaves, droughts and floodings. Thereby whole ecosystems are collapsing, especially in the Global South, and many people lose their livelihood.”
With this action the activists want to oppose the destruction of life and call everyone to get involved in the conservation of our livelihood.
“We see ourselves as a part of a global movement, which is accusing the profit of individuals in disadvantage of everyone! We are in solidarity with indigenous peoples all over the world, who are especially suffering from the power of companies and who in some cases effectively manage to resist”, another activist says.
The Link to the fotos:GrubenBlick