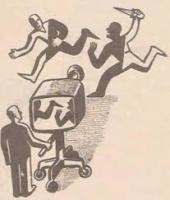 deutsch | français | español
An explanation and a summary (by an individual)

In press reports we lately read and hear quite often of violent riots in the Hambach Forest. Often they refer to attacks against RWE employees.

But how much truth is really in these allegations?
What are the backgrounds?

I want to try to clarify a couple of things of which often is given a false impression:

If the media can not report of violence, they mostly ignore us. Either way they ignore what is at stake in this struggle.
Namely to prevent the violence which is already manifest. Worldwide e.g. in droughts, wars and refugees, in this region in expropriations, diseases caused by the dust, broken families etc.
This violence is so much bigger than anything being discussed here! RWE is one of the many violent criminals in the world.
But they are here. And we are here. So we must try to stop them.
A discussion on the proportionality of the methods is always important. But we never should lose sight of what is at stake and of what is the price of our inaction, even if we are not the ones who have to pay for it.

An individual who has spent much time in the Hambach Forest.