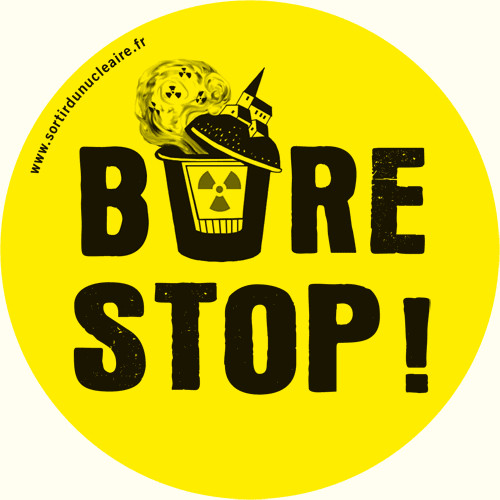 The forest walk against the atomic deforestation in Mandres-en-Barrois near Bure (Lorraine, department Meuse) on June 19, 2016 ended with the reoccupation of the forest. Although until now the repository project does not have a building permit, the ANDRA, National Agency for the disposal of radioactive nuclear waste, started on May 6, 2016 the clear-cutting on behalf of the atomic repository project named CIGÉO and erected barbed wire fences and a platform for the coordination of forestry work. CIGÉO has to become the French industrial deep repository for high-level radioactive waste. However, it is rumoured that behind the scenes, nuclear industry and their spoils system of politicians, are dreaming of an international repository for highly radioactive nuclear waste – ideally located near the border, to impede resistance.
With some walks, residents and nuclear opponents procured an overview of the extent of the damage and called for a large forest walk with picnic on June 19. Then 250 people met in the forest. The fences were torn down, the platform of ANDRA destroyed and a resistance hut was built. This was followed by the statement that the forest is now occupied. The occupiers are grateful for any support, e.g. by on-site visits, decentralized actions or statements of solidarity. Under the keywords #ETEDURGENCE and #OCCUPYLAMEUSE, they announce a summer of resistance in Bure

We wish them good luck and send our greetings of solidarity!!