This year the first action advent calender started, the idea is: up to Christmas every day some people are going to surprise us all with some action against the clearcut of Hambach Forest. The actions will be published on wortkulturen.de/category/aktionsadventskalender/ (just in German) where are always more pictures than on this blog. If you want to take responsibility to take action for a specific date get in contact with them: 01577/6655450
Below you find an English translation of some of these actions.

— It is like a live ticker: the last opened door is on top —

12th door open!
Occupation of the Hambach lignite railroad:
After the most recent, massive attacks by RWE and the police on the brown coal resistance in the Hambach Forest, we went back into the offensive last night. The Hambach railroad is blocked once more, on both tracks.
Action declaration: https://linksunten.indymedia.org/en/node/199035 (english)

Live ticker (up to now only in German): http://hambacherforst.blogsport.de/2016/12/12/ticker-blockade-der-hambachbahn/ 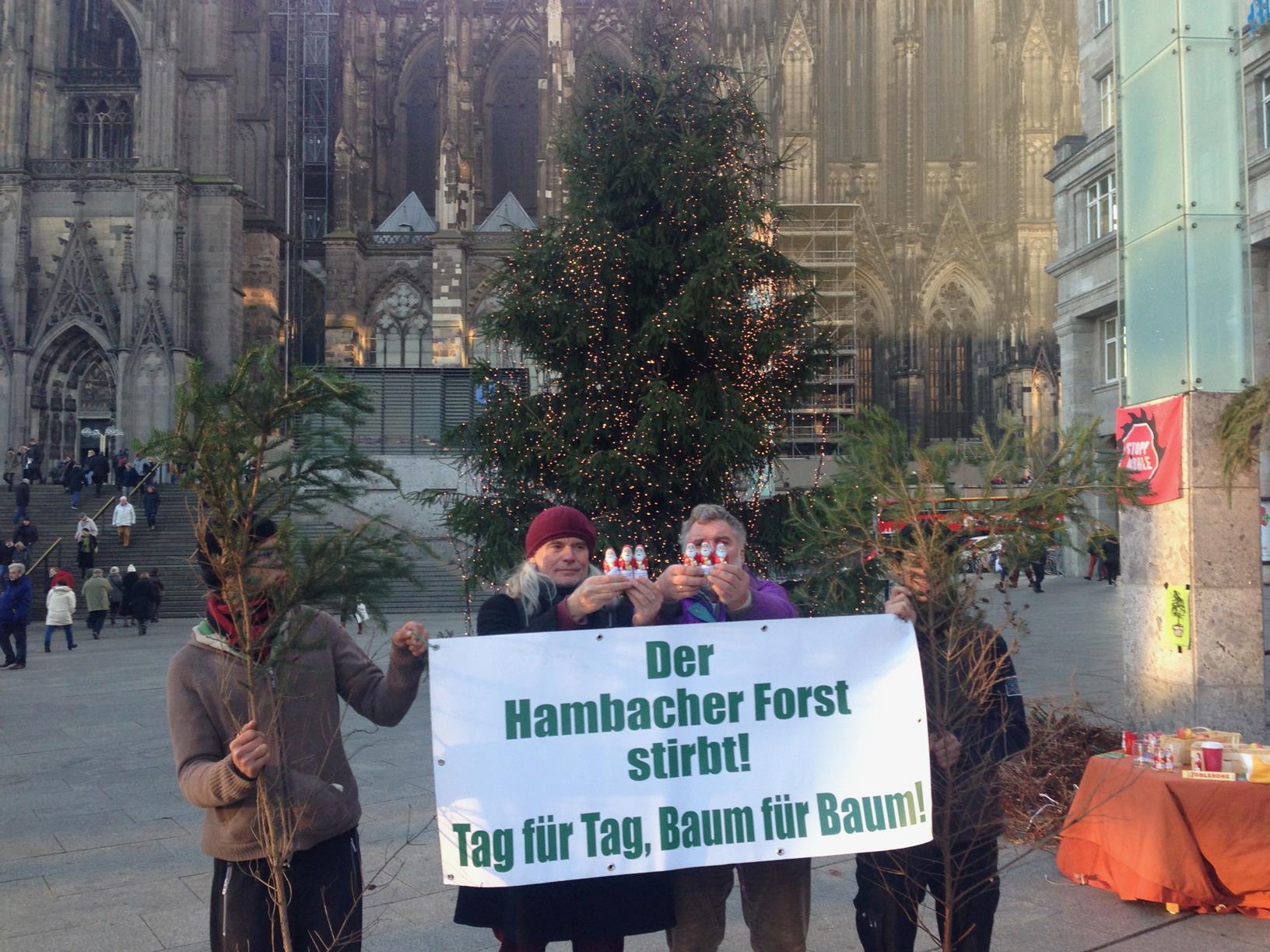 Today no one got arrested but stuff get shared. People distributed chocolate St. Nicholas figures with hambi stickers at the Dom (cathedral) in Cologne. 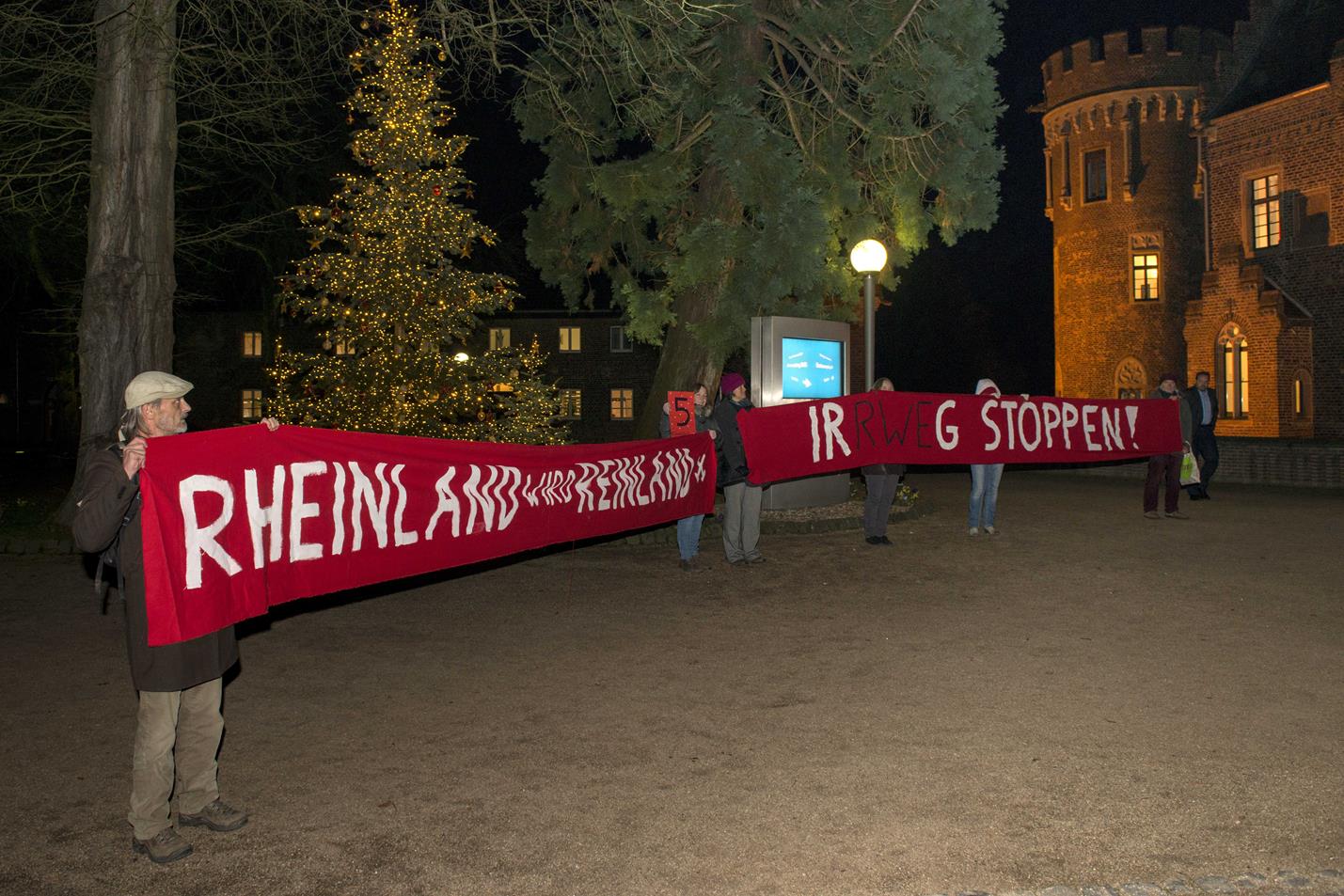 Some people protested at a celebration of RWE. 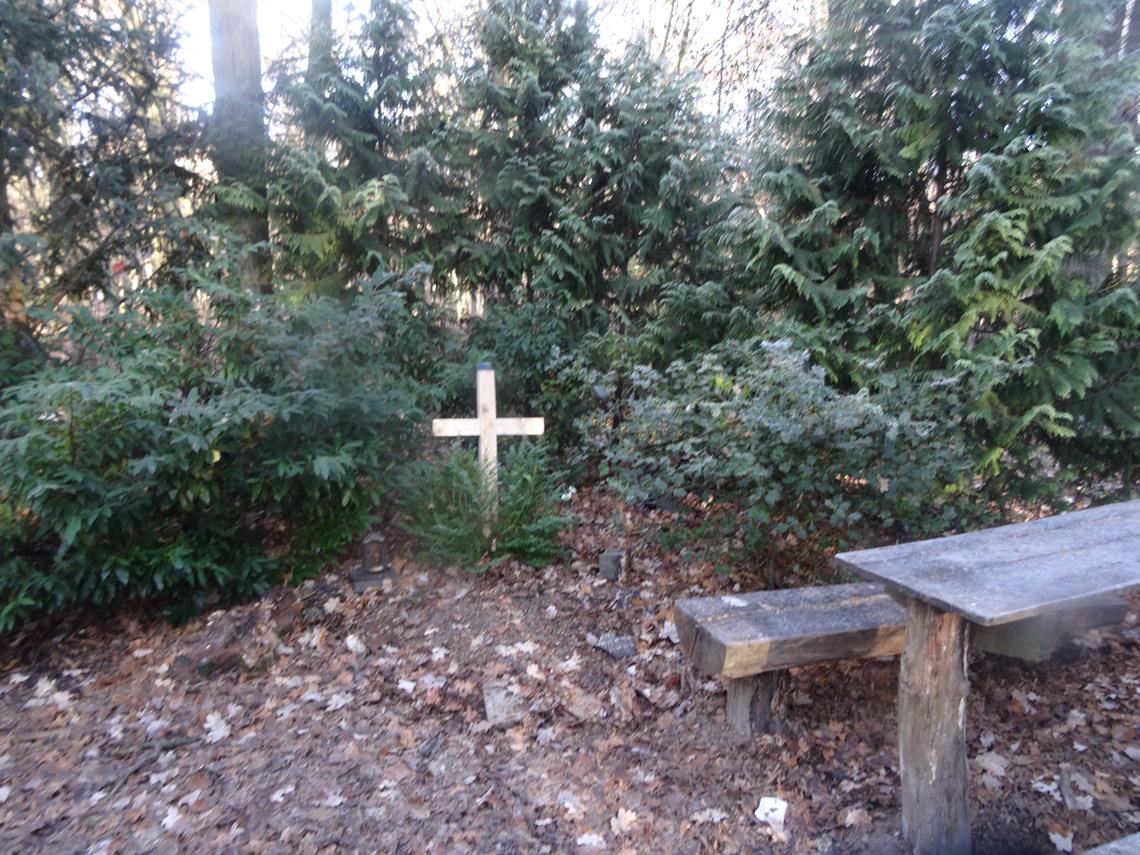 A new cross got installed at Jesus Point. Short story of Jesus Point: There used to be a pilgrims cross in the forest which got removed by RWE and reinstalled by local activists, extended with signs for several religious and spiritual symbols. Some activists which felt threatened by it tore it down. Thymian installed a sign with the words: “Know yourself” instead which got destroyed by the cops in the last days. Today Thymian built up a new cross there. And on December 5th the Hambi-Choir had their first concert there singing Christmas songs. 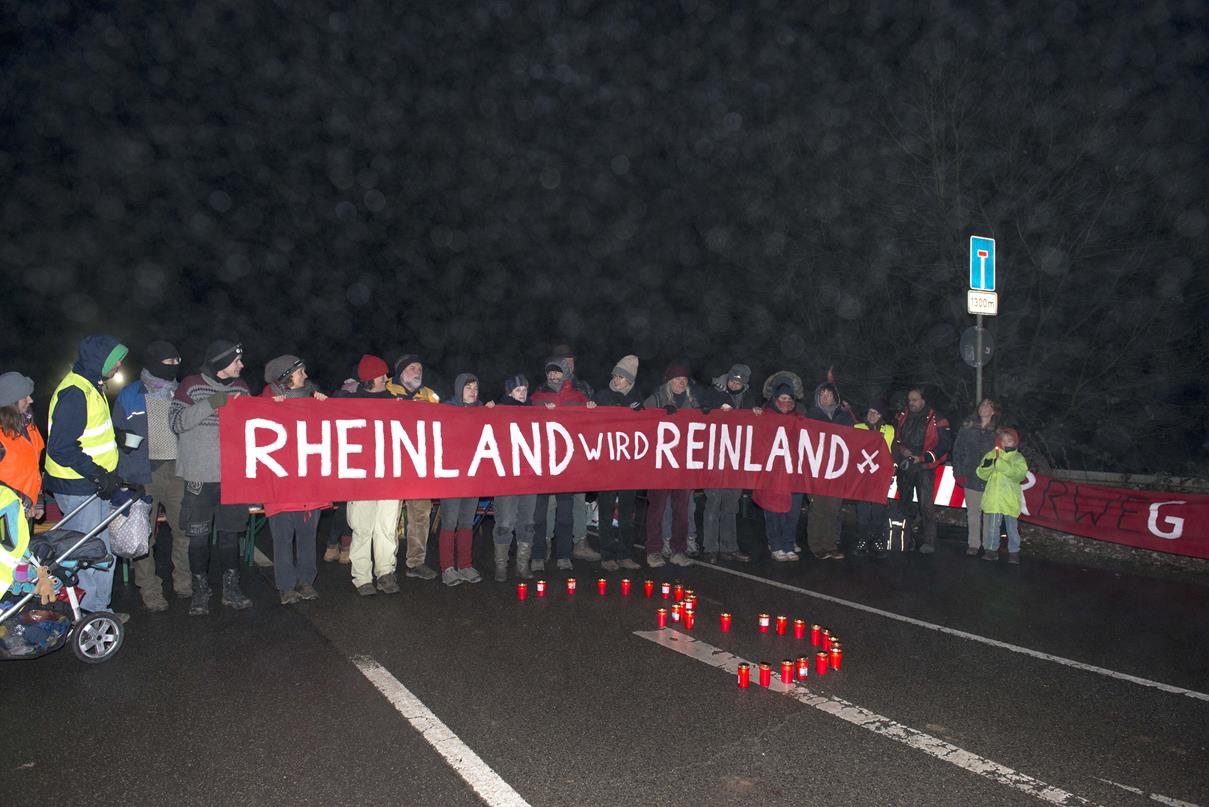 The third door opened with the motto: “Our stones are bread – our barricades are full breakfast tables” Early in the morning about 6 am, 30 enemies of lignite mining blocked the road which leads to the deforesting area in Hambach Forest and forced the vehicles to turn away.
The police kept distance and people could enjoy a nice breakfast in the cold.
There was again a call out to defend Hambach Forest and to join the forest walks with Michael Zobel and Eva Töller. “The Hambach Forest needs you – more than ever before!” she said.
At the end around 50 people were there and around 30 moved to the cutting area. An immense amount of cops made it impossible to intervene the destruction. One person with a camera got beaten by the cops and they destroyed the camera. Another person got arrested by the cops when the group of activists was up to leave. She is now in prison. 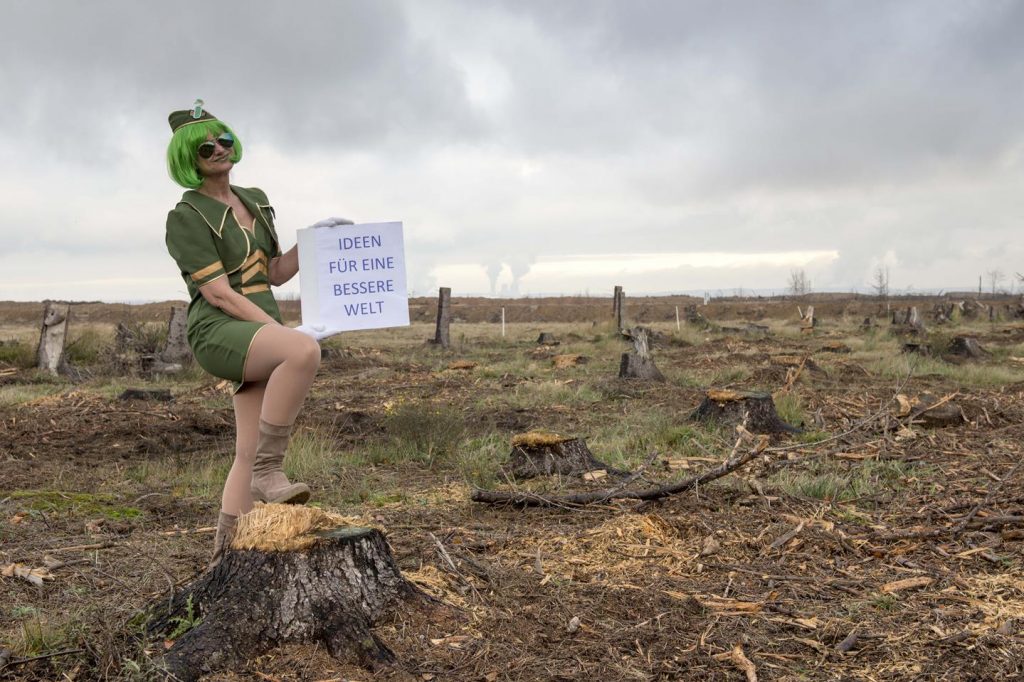 (the sign says: ideas for a better world!)
The second door of the action advent calender is open: The Sounds of screaming noises of the chainsaws destroying the forest is unmistakable. Miss Innogy, the daughter of RWE power, went to the forest to proof the innovative Strength of her company. This is the result of a really special Photo-action.

It was cold, wet and uncomfortable. Nevertheless Miss Innogy and her photographer Hubert Perschke went to Hambach Forest to show the world the remarkable, innovative ecological skills of RWE power. Proudly the lady in green presents how the company ruled in a quite short time over this peace of forest, which was making the landscape ugly and cheekly used the company owned CO₂.