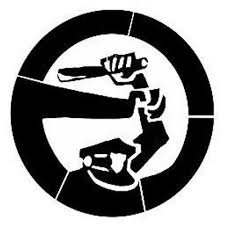 Such cases will only repeat themselves with greater regularity and intensity as RWE and other corporate barons carve out the Planet and local jurisdictions into their private domains and as the effect of their actions on the global climate and ecology is distracted by more and more militarized and violent police actions. Here an analogy of the struggle of Zapatistas comes to mind: In the 90s the Mexican State response to the Zapatistas Uprising was massacres of whole indigenous villages. In the Rhineland the forests are massacred outright, the people are moved away but the villages themselves are also destroyed by the bulldozers and wrecking balls. The carnage however of these actions is not just felt by local biodiversity but also already felt by millions affected by climate chaos world-wide and will take a heavy toll on future generations in the global north as well, presently shielded by their privilege.

There and Now the response to such disproportionate violence, imbalance of power and indifference to the ecological and social injustice is to lay it bare by international actions and protests bringing attention of the then Mexican and now German State and its present embracing of Coal for energy “security” till 2025 despite its proven effects on the Earth and by RWE destructive hand in ecological destruction and in pushing for more violence and for future large repressive actions such Day X (evictions of 5 Forest Tree Sits and/or the Meadow Occupations) . In case such repressive tactics as described below are employed and for the sake of all species affected by this that can not defend themselves a call goes out to organize decentralized actions in front of German Embassies and RWE offices in preparation and as a response to said Day X.

For the Hambacher Forest and for the Wild!

I ran from Buir to the meadow. It was around midnight when a car suddenly came up to me. I thought it was security, but then the car stopped and 2 cops got out. “General person control,” they say, wanting to see my identification. I told them I do not have it and kept walking. However, I do not get far, as rid me and they held me while insulting me ​​constantly. Since I had a document with my name on it, they knew who I was. After I packed my stuff back into my backpack, the cop says that I have two arrest warrants open. I have no idea what it is and try to run away again. Then they take me to the ground and handcuff me.

They put me in the car and headed for the station in Düren. 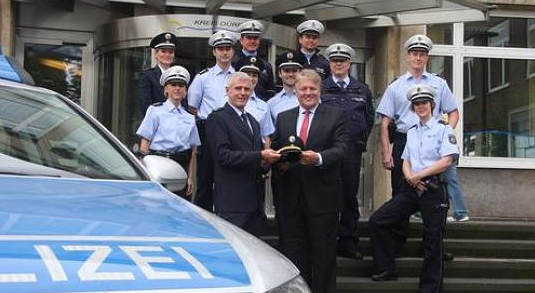 When we arrived there they grabbed me out of the car, because I did not come along voluntarily. They take me to a cell and searched me again. Since I still in handcuffs they simply cut off the carrier straps from my backpack! Somehow they took off the handcuffs to take off my jackets and sweaters. Then they locked me in the cell. I press the button in the cell and say that I want to speak to my lawyer and want to know why I am actually here. They do not let me talk to him and tell me why they took me with them. Then I put myself to sleep and later asked for a blanket, which I have also astonishingly got. I then asked again why I am here, the answer: “For DNA Acceptance and ED Treatment”. After a while, the cops open the door again and ask if I give my DNA voluntarily, which I negate. Then they said that they would get a doctor who took my blood. At around 5 o’clock he was there and pushed me against my will and with resistance from my side a needle in the left arm to draw the blood. Then they leave the cell and I lie back to sleep.

When it gets light, they open the door again and say that there is equal breakfast and whether a cheese sandwich is okay. I say that I live vegan and they say, “then just a bun”. Shortly they come back with the bread, tea and a tomato. I have been to the guard in Düren a few times, but this was the first time I got something to eat. A little later, they wanted to take 3d recognition photos(ED). First, they want to take photos. I cut grimaces and bubble my cheeks. Thereupon a bull holds my nose, hoping that I’ll let the air out. But I keep going longer than he does. After taking photos from all sides, they write my eye colour and piercings and then I want to take a photo standing up to figure out my size. To make it more difficult for me, I sit on the ground. Then one of the bulls is annoyed and bends my pain my wrist. It hurts so much that I sit down. Then they want to take fingerprints with ink. I do not want that and resisted, so they twist my wrist again. But this time I endure the pain and continue to blur the impressions. They also apply a pain pressure point behind the ear. After they have a hand finished, they connect my eyes so that I can orient myself. But nevertheless I manage to blur the impressions again and of course they again apply pain attacks. When they want to take off the palms, I crumble the paper, which gives me pain again. After that, it goes back to cell. And after all of this I am release at around 10 or 10:30.