Eviction of the Standing Rock Camp 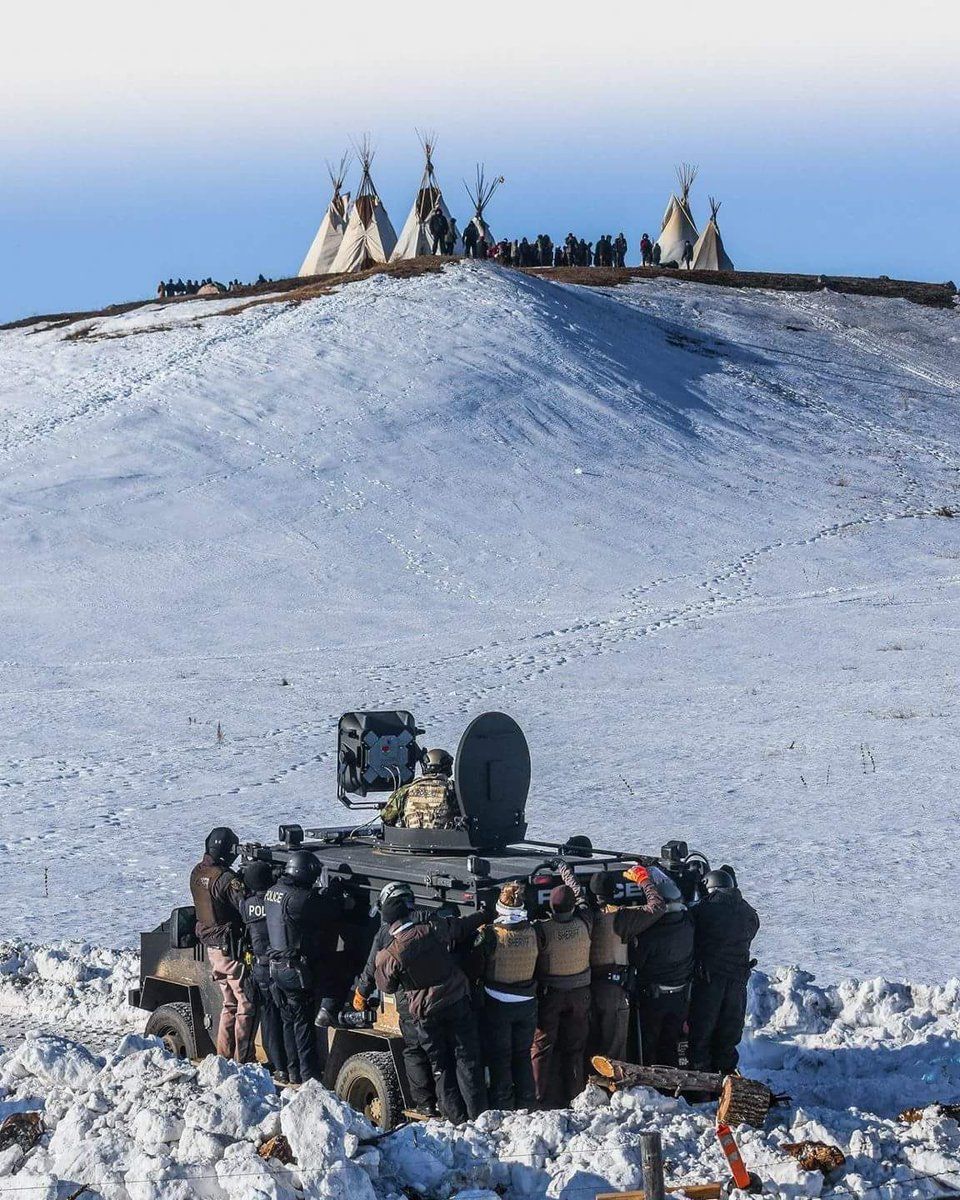 This Thursday the Standing Rock Camp in North Dakota has been attacked by heavily militarized police and national guard units pointing sniper riffles and machine guns at Dakota Sioux protesters, over 40 people have been arrested and the structures destroyed. The NoDAPL struggle fighting against North Dakota Access Pipleline’s passage through tribal Lands and the Missouri River has resulted in numerous road blockades, direct actions, over 400 arrests and has inspired people around the world who are also fighting and defending the Earth against capitalist extractionism. It has also brought attention to the dynamic of global colonialism, racism and privilege. This like many struggles is and will, through the effects it has had and will continue to have, never be over. New camps are being already established in the area, including the Sacred Stones Camp to which the police is attempting to block delivery of building supplies. The reoccupiers and all those continuing the struggle will have to deal with not just the aftermath and continuing repression but also with the defeatism that so often follows large evictions.

When introducing the Hambacher Forest anti-lignite struggle after four previous evictions, one often hears “Oh I thought you got evicted and it was over”. This, besides a commentary on wide-spread apathy and short and shallow news cycles of mainstream media, is also a reminder that for all facing overwhelming forces the act of defiance symbolizes victory in itself; a victory over inaction, destruction and greed. It removes the blinding influence of those factors from those who hear of the struggle, and generates a public relations nightmare for all who frack, drill and mine the Earth. Most importantly, it has once again taught and reminded us that we are not atomized and alone. All that is needed to reocuppy and continue is the call for action.

An invitation is hence extended to welcome those involved in the NoDAPL struggle to come visit the Hambacher Forest occupation both physically and in spirit, if possible sharing the experiences and decompressing from what you just have been through. Visit us at anytime or specifically for the Skillshares Camp in April or Climate Action Camps in August and November.

Thanks once again for persevering on the fringes of society and in the process becoming its beating heart. Thank You for making a stand as many other camps, including ours, check the horizon daily to see if this is the day when our support camp and the forest occupation will be evicted. That day will come and is already coming as this is being written for many of our human and animal comrades who found and placed themselves on this frontline to protect existence and nature.

To all at the end of the riffle barrel or bulldozer blade: It is not you who has to stay strong, you already have done so and more. Now is the time for all who will be in the same position tomorrow to have the courageous strength that you have demonstrated so far.