8 Meter Ocean Rise the New Norm over the next century 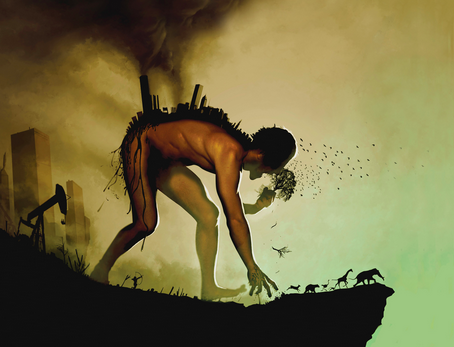 RWE continuing Carbon emissions from their power plants and mines, the largest net CO2 source in Europe, and its out of season destruction of a natural carbon sink that the Hambacher Forest has been for millenia is all taking place despite a continuing temerature records being broken(9 all time temperature record-breaking years happening all in this century), unprecedented low arctic and now also antarctic ice-cover, despite catastrophic effect on the planet as reflected even by both IPCC Intergovernmental Panel on Climate Change and US National Oceanic and Atmospheric Administration (NOAA) latest revised predictions that double the water-level rise during this century to be as high as 8 meters beyond present level. This will mean the obliteration of habitats world-over and destruction of coastal cities. Still these official studies are flawed in two most important aspects: for their CO2 emissions estimates they use the data which has in US and several other industrialist countries been provided by the industry itself which has been monitoring its own emissions, the actual emissions are in reality much higher. Second the future projections take into an account COP Summit’s non-binding agreements for future projected CO2 output which in most cases are not abided by and exceeded, which especially will be the case with climate deniers such as Trump in power. So the “worst case” scenario is in reality the new normal with the potential worst case scenarios being even more catastrophic as predicted by former Nasa scientist James Hansen, the originator of global warming warnings in the 80’s who has been predicting several meter ocean level rise for the last 10 years. Leading him to lock himself to the White House fence and get arrested even during the previous “Oh-yes-we-do-need-to-do-something” US administration.