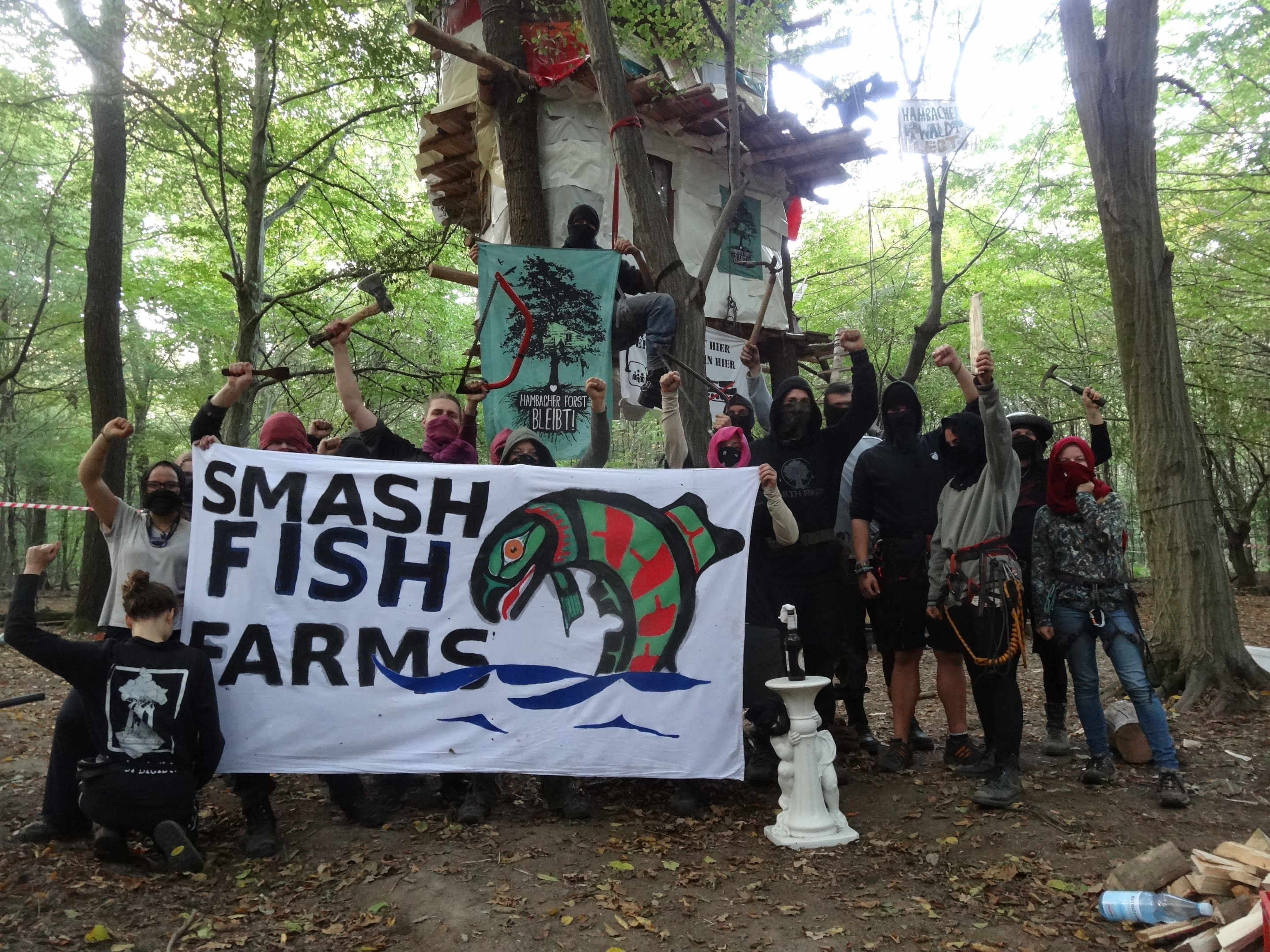 First Nations groups from the Namgis and Musgamagw Dzawada’enuxw have occupied two Norwegian-owned Marine Harvest fish farms in the Broughton Archipelago for more than three weeks. The occupation escalated quickly from tents to makeshift, weather-resistant houses on the farms. The occupying groups say they will stay until the facilities are shut down.

Hereditary chiefs, supported by family and friends, have been especially vocal about the fish farms they say are illegally placed on their territories without their consent. Members of the Namgis First Nation have opposed the Marine Harvest Swanson Island farm since it was first built 31 years ago.

Community members say that many of the fish farms were built along the traditional migratory route of the wild salmon on the east coast of Vancouver Island where the ocean water is rich in nutrients. But they also say that the rightful chiefs never signed off on the farms and that the fish farm industry has operated without the consent of those most affected by their presence.