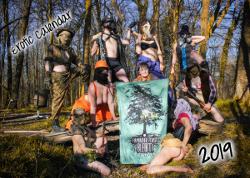 On October 5th, 2018, the OVG (Higher Administrative Court) in Münster suspended the clear-cutting in Hambach Forest until the decision of the VG (Administrative Court) of Cologne on the legality of the open pit mining in the main proceedings. It was expected by those involved in the process that this might not happen before the end of 2020. Now the VG Cologne announced on December 3, that they want to decide about it already in the first quarter of 2019. If the VG will give right to RWE, they could thus resume the clear-cutting work again in the autumn of 2019 or even at the end of this winter’s deforesting season, depending on the date of the decision.
The previous attitude of the VG Cologne in favor of RWE gives little reason for optimism: http://www.vg-koeln.nrw.de/suche/suche_rwd.php?q=Hambach&m=all&wm=sub more…

On 11/29/2018 the first eviction trial took place before the district court in Kerpen. This is the translation of an article by ABC Rhineland:
https://abcrhineland.blackblogs.org/2018/11/29/einstellungen-im-andrea-prozess-bericht/

For the 15 solidary visitors the morning begins with the (meanwhile already routine) entrance checks to the district court Kerpen and a police force of approximately 30 persons.

According to the indictment, Andrea was in a hammock near a treehouse, which was to be evicted, and moved further into the treetop when the altitude intervention team officers were on the same level. During the eviction Andrea is said to have defended herself with punches, kicks and insults like “wanker” and “pigs”. For the prosecutor from this resulted “assault” and “attempted assault” as accused criminal offenses. more…