Energy from brown coal (lignite) is the most polluting one. Keep the coal in the ground! Save the Hambach Forest!!

Phone contact with the occupation is lost. Evacuation underway. Pick up in front of the police station Düren.

2:47 Securities took away one of our backpacks.

2:35 Once more an excavator was occupied in the open pit mine of Hambach! RWE securities are on site.

2:47 RWE guards are present. They took a backpack from us.

2:35 Just squatted a RWE excavator to press against the fossil era.The climate is changing. It is time to exit fossil now! Save Hambacher forest.

Jus was in pre-trial detention since July 22, 2015. His trial was on Friday, October 2. He is free now. That is the good news.
German version

On October 2, the hearing had to take place at 2:00 p.m. in the lower regional court in Kerpen. It was shifted because the trial against Jörg Bergstedt , scheduled for 13 p.m., took too long.more in German
more… 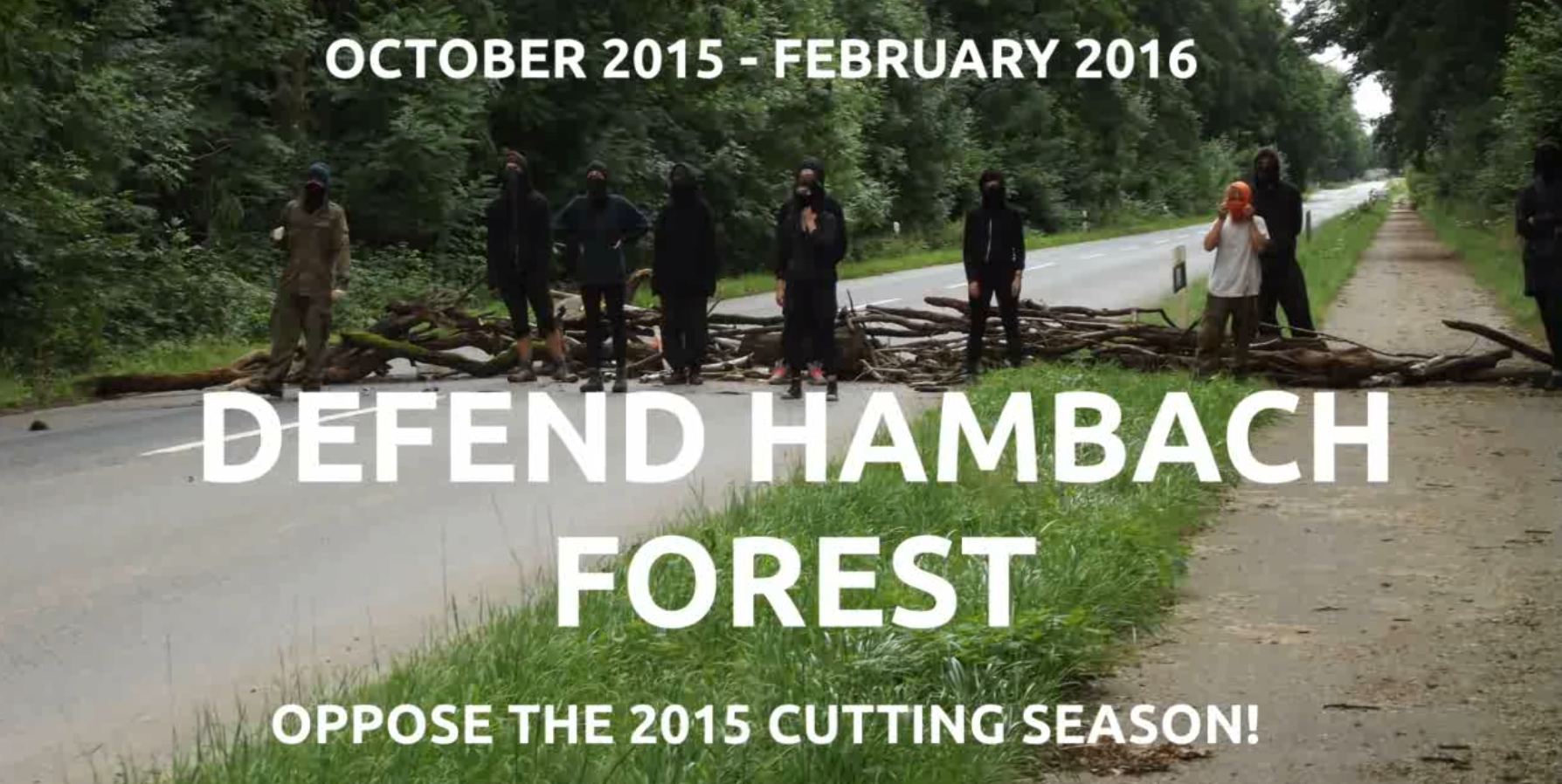 Jus is sitting in pre-trial detention since July 22, 2015

On October 2, the hearing will take place at 2:00 p.m. in the lower regional court in Kerpen. The trial is public.

Show your solidarity, by distance or by attending the trial!

Solidarity for Jus, also in Poland 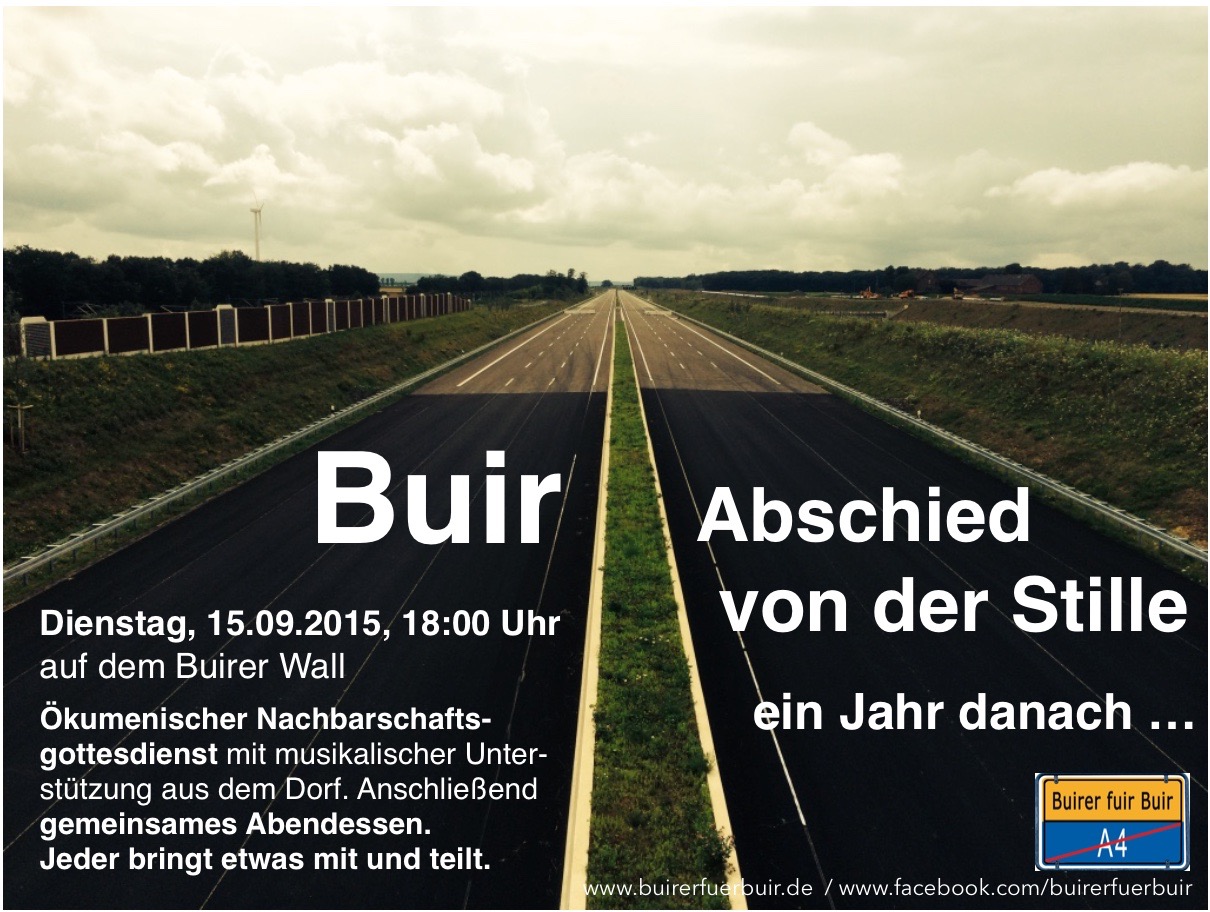 Düren/Ellen. On Saturday morning, the main conveyor belt in the Hambach open cast mine was blockaded. Four people had their wrists locked to each other in steel tubes in teams of two. This stopped all three Hambach coal diggers from operating for several hours.

The main conveyor belt delivers the lignite from the open cast mine to the train station connected to it. From there it is brought to the nearby power stations via the train, the so called ‘Hambachbahn’. The technical police team first deconstructed the conveyor belt construction in order to bring the activists into an RWE garage, where they were released from their lock-ons.

Only last week-end, other actions of prostest and direct resistance against lignite mining had taken place: There was a mass blockade called ‘Ende Gelände’ and a sequence of train blockades against the ‘Hambachbahn’. The stock price of the energy company RWE has dropped to the lowest level since twenty five years. „The energy giant is sinking“, one activist comments on the situation. „It does not make any sense to go on destroying habitat and emitting incredible amounts of carbon dioxide using the stone-age-technology of lignite combustion, only to save a single company from their own mistakes’ consequences.“

The material cost of these direct actions caused to RWE are not a side effect, but their goal. „Our generation is expected to accept the consequences of false decisions taken fourty years ago. Calling this a democratic process would be eyewashing“, is how one of the activists explains their motivation. „For decades RWE has ignored all arguments in the conflict of lignite mining: climate change, destruction of land, health problems, expropriations, subsidies and countless other problems are accepted, as long as the company has sufficient power and earns enough profit from the destruction. In order to protect ourselves and future generations from this, we have no other options than attacking these profits by means of direct action.“

19:22 One more person arrested. Try to release her failed because of too many cops. Come to the police station in Cologne-Kalk (address) more…

At 11 AM, a press conference took place at the meadow occupation next to the Hambach Forest. Main topic was the occupation of 4 huge diggers in the open cast mine Hambach last weekend. Afterwards, headed to the mine again. 4 Persons locked themselves to a ropebelt conveyor, which transports the excavation material away from the digger, which had to stop his work at once. Others blocked directly the bucket wheel of the digger.
Several people were arrested, but at the moment (16:30), the ropebelt conveyor is still blocked. 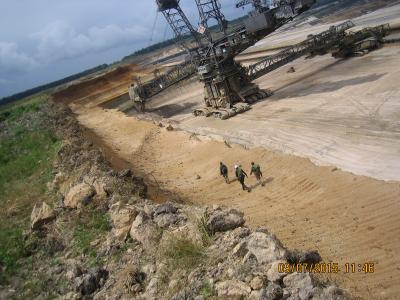